All of my past research from both AP Seminar and AP Research is found here. I have previously written about, in a literature review format, happiness, healthcare, art therapy, and electric vehicles. Currently, I am conducting research on Aiptasia.

On March 4th I competed at Europe (DoDDEA) Junior Science and Humanities Symposia (JSHS) Program. Initially, I was accepted to be a oral presented meaning

A research letter answering various questions that led up to the current point of where I am at in my research project. 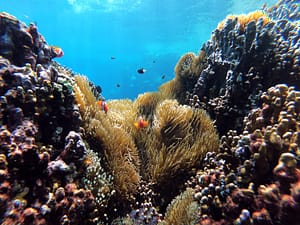 This group of researchers was able to identify and induce a “Wurst” phenotype in Aiptasia. This phenomenon is caused by either A) lack of water change or B) lack of feeding. It is called Wurst due to the lack of tentacles and elongated body mimicking a sausage. They found that only non-adult Aiptasia would inhibit the “Wurst” phenotype but when the adult Aiptasia produced asexual offspring the offspring did not feature any tentacles. The cause for the difference is hypnotized that the reason why adults keep their tentacles is that they can self regulate their nitrogen content while younger Aiptasia cannot. The exit causes for this are still largely unknown and this study mainly collected observational-based data; however, alongside this observational state, the Aiptasia does not appear to be less healthy.

This study looked at how larval development in the coral Scleractinian affected the adoption of zooxanthellae, also known as dinoflagellates. Throughout their testing, they found that even with adding brine shrimp into the tanks larval were able to adopt zooxanthellae once a mouth was developed. This is because the coral was born azooxanthellate meaning they did not come with any zooxanthellae and the only way to adopt zooxanthellae is through the mouth because it is absorbed in the gastric cavity where it is then consumed by endodermic cells. A note to be had is that the coral would consume any particulate including brine shrimp and the zooxanthellae, but when brine shrimp were present there was a higher proportion of larvae that were infected by the dinoflagellates. Another interesting find from their experiment was that the consumption of zooxanthellae may have caused the larvae to mature into a polyp acting as a “settlement cue.”

Symbiont uptake by in an anemone model system

This paper conducted multiple experiments. Their main focus was to see how the infection rate of the host Aiptasia differs between Synmbiodinium strains. They first found that two of the strains, SSA02 and SSB01, were compatible and readily adopted while the other two, SSA03 and SSE01, were deemed incompatible and not and if at all were adopted into the host’s gastodermial cells. The research is not 100% sure as to what the discrepancies would be because SSA02 and SSA03 both come to the same clade of Synmbiodium of which there are nine. There was a discernible difference in the strains as the non-compatible ones were discriminated against and ejected from the cells as the Aiptasia matured. The other part of the experiment was seeing how algae adoption changed with the introduction of food. Surprisingly, compared to studies in other species, the Aiptasia adopted fewer algae when saturated with Brine Shrimp.