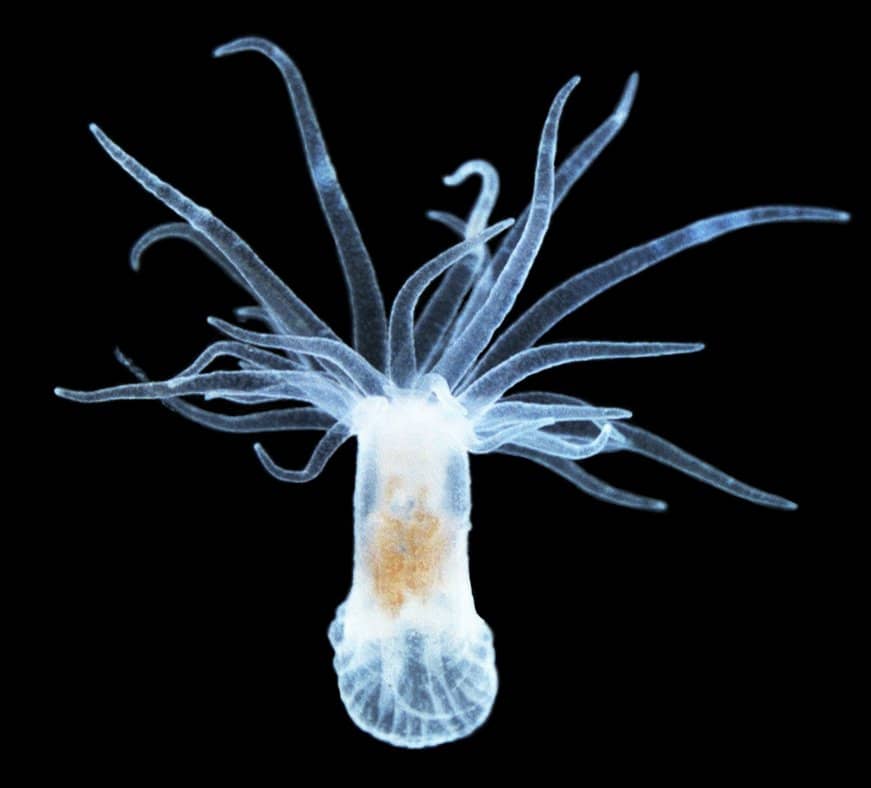 Symbiont uptake by in an anemone model system

Similar specificities of symbiont uptake by adults and larvae in an anemone model system for coral biology by Elizabeth A. Hambleton, Annika Guse, and John R. Pringle.

This paper conducted multiple experiments. Their main focus was to see how the infection rate of the host Aiptasia differs between Synmbiodinium strains. They first found that two of the strains, SSA02 and SSB01, were compatible and readily adopted while the other two, SSA03 and SSE01, were deemed incompatible and not and if at all were adopted into the host’s gastodermial cells. The research is not 100% sure as to what the discrepancies would be because SSA02 and SSA03 both come to the same clade of Synmbiodium of which there are nine. There was a discernible difference in the strains as the non-compatible ones were discriminated against and ejected from the cells as the Aiptasia matured. The other part of the experiment was seeing how algae adoption changed with the introduction of food. Surprisingly, compared to studies in other species, the Aiptasia adopted fewer algae when saturated with Brine Shrimp.

The environmental factors in the experiment were controlled. They used artificial seawater for their medium and kept the specimens in a 12-hour light; 12-hour dark cycle at a constant 27C. To determine the number of algae in the specimen, to determine how many cells the Aiptasia was up taking, they used an approximation obtained from a hemocytometer. For the larger specimens like adults, the researchers used a Guava flow cytometer. For larva, they used microscopy and various dyes and fluorescents to help with counting. There was no feeding during these experiments except for the saturated brine shrimp experiment. In addition to measure, the healthiness of the Aiptasia the stalks and tentacles would be more extended and reactive.

The experiment’s methodology seems pretty good. I would criticize the fact that within the same clade there were noncompatible algae. The paper address they believe it is due to the “interaction of  Symbiodinium cell-surface glycans with host lectins.” After reading about the lack of uptake in algae when presented with brine shrimp I am curious as to why they do not uptake the algae. Also in the introduction, it states that the resistance of particular coral is dependent on the resistance of particular Symbiodinium does this help determine which strains the corals keep or exile?

The main relevance for me is that Aiptasia does discriminate against algae when external food is present. Besides this, I was able to gain lots of general knowledge in the field. For example, Aiptasia and many corals follow the same process of obtaining symbionts where they are initially born without any and obtain them later in life. The same can be applied to bleach corals. The reason why Aiptasia is a significant organism to study is that is easy to track its symbiotic relationship when compared to coral and both share similar symbionts.